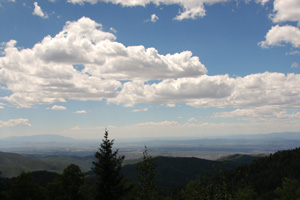 In July 2010, Dr. Baker, his wife Patricia and their two sons moved to Santa Fe to join the New Mexico Endodontic Center. As Patricia spent her teenage years in Los Alamos, where her parents still reside, they were delighted to be close to family and back in New Mexico.

Dr. Baker is active in local and national dental organizations including: the American Association of Endodontists, the American Dental Association, the New Mexico Dental Association, and the Santa Fe District Dental Society, for which he has served as President. He was proud to participate as a volunteer endodontist at New Mexico Mission of Mercy events in Albuquerque, Las Cruces, and Farmington. In January 2014, Dr. Baker became a Diplomate of the American Board of Endodontics after successfully completing a rigorous three-part examination